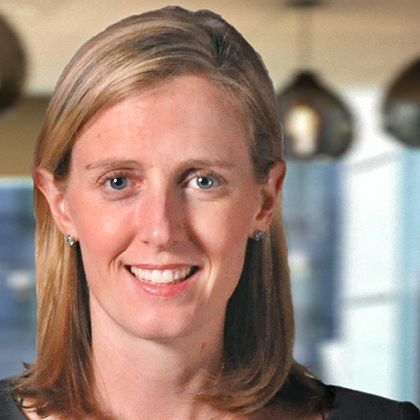 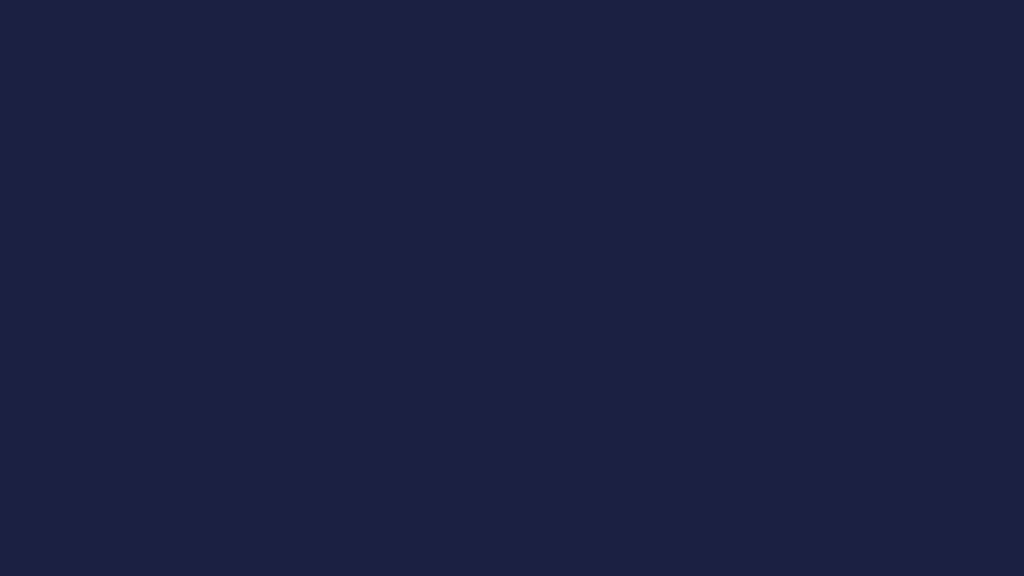 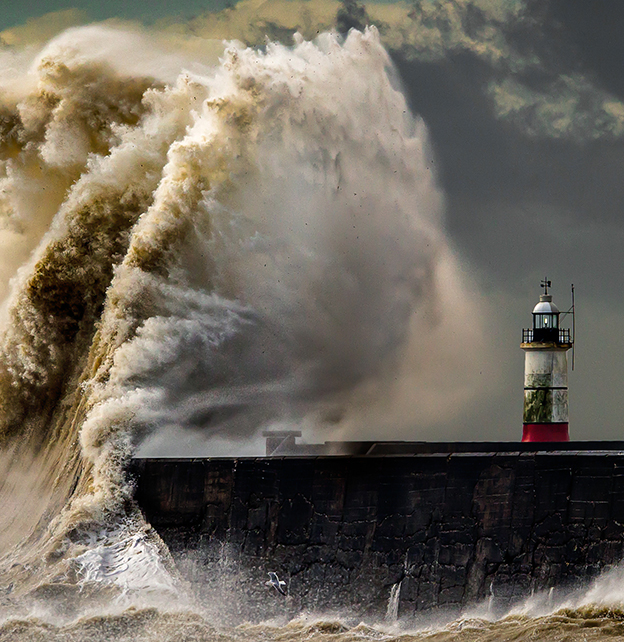 From 1970-2019, the number of extreme weather events has increased by a factor of five, albeit declining slightly between the 2000s and the 2010s, according to data from the World Meteorological Organization (WMO).  In addition to becoming more frequent, extreme weather events have become more severe and unpredictable with respect to timing and location.

July 2021's floods across Germany, Belgium, Luxembourg and the Netherlands generated an estimated $43 billion in damages and approximately 200 fatalities1. The level of flooding and damage was unprecedented in this particular region.  Abnormally high water levels in rivers – also attributed to climate change – exacerbated the impact of the higher-than-normal rainfall experienced. In the Sudan, more than 700,000 people were displaced by the most severe storms since 19622. Floods in central China's Henan province resulted in dozens of fatalities, displacement of more than 250,000 people and disruptions to coal transport, aluminium production and iPhone production.

While the number of events trended down globally in 2021, North America once again experienced an increase in both frequency and severity.  Notably, the winter storm impacting Texas and northern Mexico, and the summer heatwave in the Pacific Northwest, exemplify events becoming more random in terms of location.  And, similar to events in Europe and Asia, the three hurricanes that made landfall in the US northeast – Hurricanes Elsa, Henri and Ida – were made worse by near record-setting rainfalls and resulting high water levels on the East Coast during the summer of 2021. 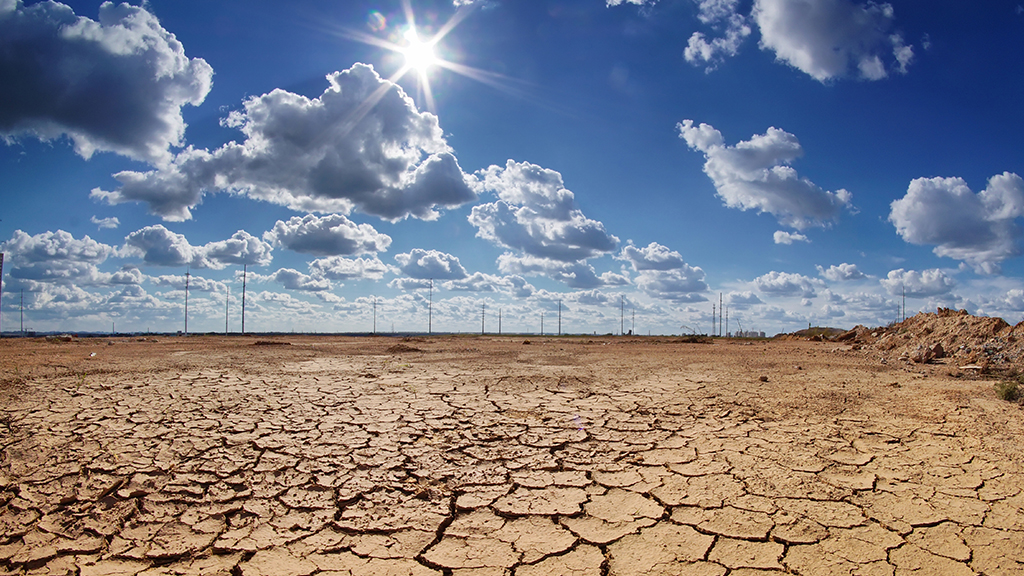 Extreme weather events are increasing in frequency. Our Research team explores the themes that are likely to impact businesses, policymakers and society over the coming years. 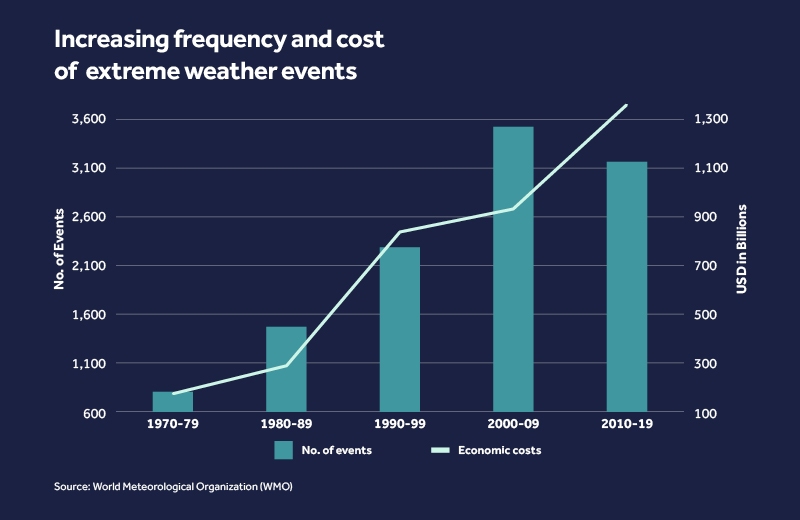 The latest assessment report by the Intergovernmental Panel on Climate Change3 concluded that it is an “established fact” that human-caused emissions are causing temperature increases, in turn leading to more extreme weather.

The burning of fossil fuels is largely linked to rising concentrations of greenhouse gases (GHGs), contributing to the fact that global temperatures are currently 1.2°C above pre-industrial levels. Each of the last three decades have been warmer at the Earth’s surface than any preceding decade since 1850. Most of this warming has occurred in the past 35 years, with 16 of the 17 warmest years on record occurring since 2001.

Higher temperatures and more extreme weather: Rising air and ocean temperature are closely connected with rising sea levels, reduced snow and ice cover, and changes in circulation between the atmosphere and ocean. These, in turn, influence regional weather patterns, contributing to droughts, floods and tropical storms. Some of these processes also have the potential to release further GHGs into the atmosphere - a feedback loop that can perpetuate warming. 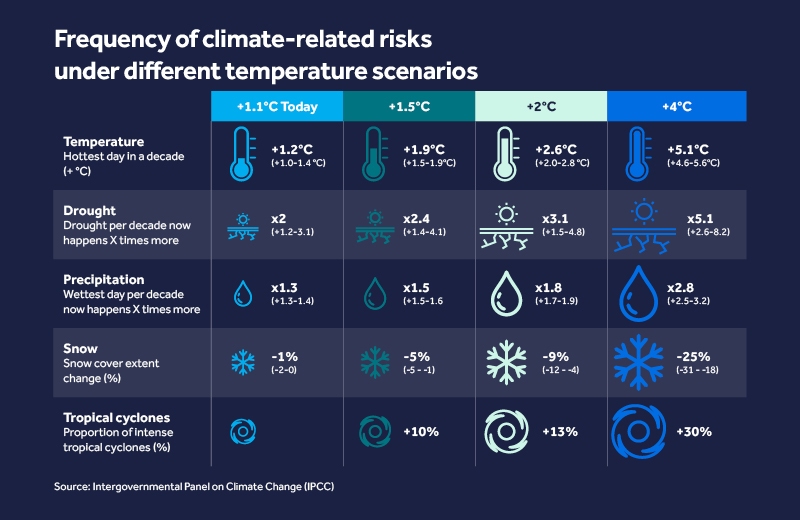 As the frequency and severity of extreme weather events increase, so do their direct economic costs. 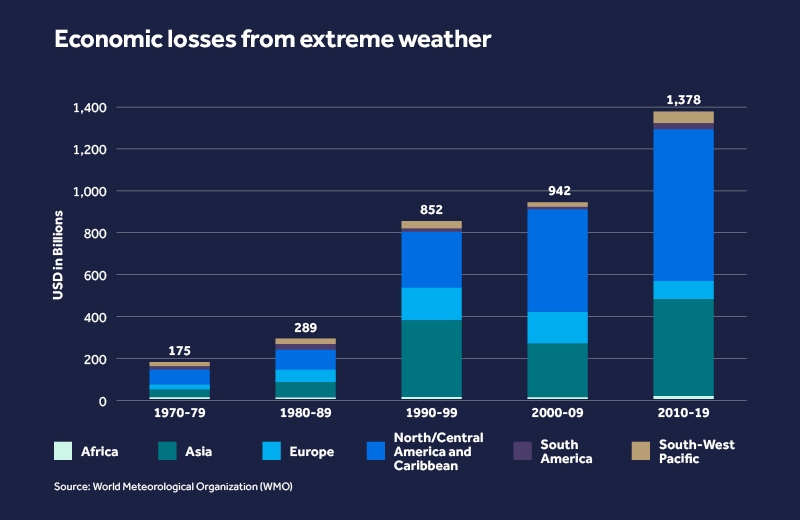 At a macro level, vulnerabilities to storms and floods, increased water scarcity and droughts, disease prevalence, reduced agricultural output, and ecosystem changes, may all lead to investment risks.  In particular, our analysts think investors should focus on the potential for costly physical damage, lost time and productivity, climate-related migration, supply chain disruptions, and an overall increase in uncertainty. Cumulatively, these factors present risks to both short- and long-term growth. 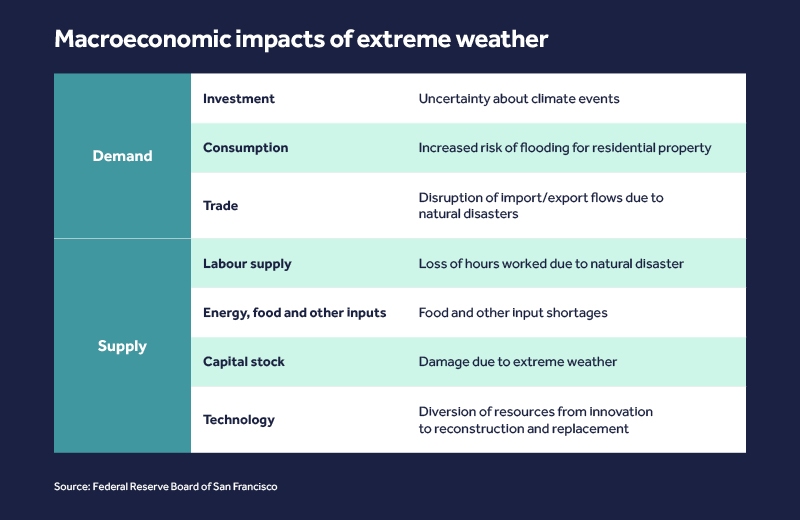 City and coast: Urban and coastal areas bear the brunt of costs associated with storms and flooding. Not only does it cost more to repair and replace property in densely built-up areas, but seaside development also contributes to the destruction of natural coastal defences such as mangroves and coral reefs, further increasing vulnerability to extreme weather. More than 40% of people live within 100km of coasts, according to a United Nations estimate.

Our analysts expect that rising urbanisation will increase the risk of weather-related costs – cities are predicted to account for 68% of the global population by 2050 (up from 55% today). Emerging economies, where urbanisation is rising fastest, are already disproportionately susceptible to extreme weather events. 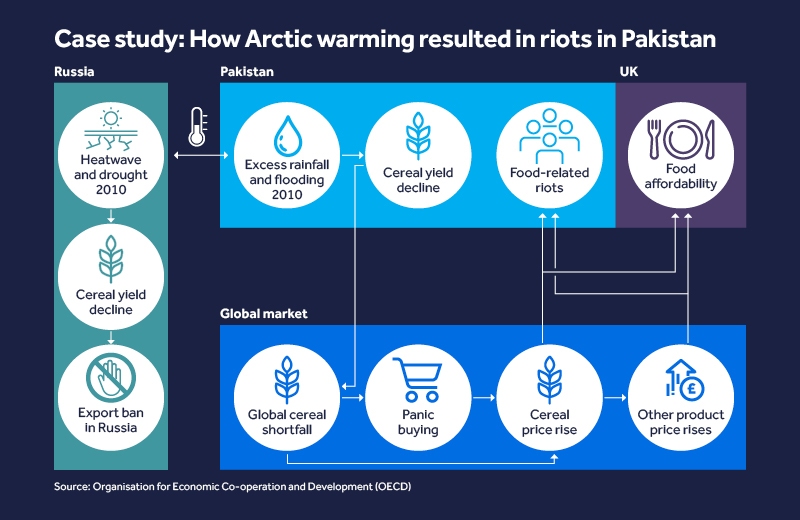 The increasing frequency and costs associated with extreme weather events, underscore the need for mitigation and adaptation. More events will increase uncertainty over the availability of food, goods and labour, which in turn will have an impact on investment, consumption and trade. Our analysts conclude that this will force policymakers and governments to make some tough decisions in response to weather-related destruction and disruption in the coming decades.

Director and US Head of ESG Research, New York

Prior to joining in 2021 Jessica was first a Senior Research Analyst covering Emerging Markets Equities then head of ESG Research for Emerging Markets Equities at Morgan Stanley Investment Management. Previously, she was a Senior Research Analyst covering global and emerging markets automotive and industrials at Moon Capital Management. She has a B.A. from Colgate University with double major in International Relations and Asian Studies and an MBA from the University of Chicago Booth Graduate School of Business with concentrations in Economics and Finance.