Our Research analysts investigate the causes and outcomes of food shortages and high prices in an extract from a new Impact Series report on food security.

The war in Ukraine and an increase in extreme weather events are stretching already fragile food supply chains following shutdowns during the COVID-19 pandemic. As the Ukrainian war continues to suppress food production, droughts in Europe and Africa in 2022, as well as floods in countries such as Pakistan, have contributed to high food prices and shortages worldwide. Combined with a rise in fertiliser and labour costs, these have created inflationary pressures.

How does the food system work?

Russia and Ukraine both play an important role in the global food system, and rank among the top five global exporters of wheat, barley, maize and sunflower oil. In 2021, 36 out of 55 countries with food crises depended on them for more than 10% of their total wheat imports – and some almost entirely.

Before the war started, Ukraine was exporting 6 million tonnes of grains and oilseeds a month on average, which dwindled to 3.5 million tonnes between March and November 2022 following Russia’s invasion, according to data from Ukraine’s Ministry of Agrarian Policy and Food.

Exports could also be limited in the longer term because of war-damaged storage facilities and crops that could not be planted. Up to 30% of Ukrainian land destined for cereals, maize and sunflower seeds is not expected to produce crops in 2023.1

Two other aspects of the war further impact food prices:

Record temperatures and prolonged droughts in 2022 led to sharply reduced crop yields in many regions, with the impact likely to extend through 2023. ‘Heatflation’ has already become part of the agricultural vernacular, describing how higher temperatures lead to smaller harvests and higher prices. But it is not only extreme heat that hurts crop yields – increased and more severe flooding, more frequent landslides and unexpected frost are also damaging.

Agriculture is especially vulnerable to increased frequency and intensity of extreme weather-related and climate-induced events.

Weather examples from 2022: The devastating floods in Pakistan from July to October inundated a third of the country and washed away nearly half its crops, at an estimated cost of $2.3bn.3 Vegetable prices initially spiked by 500%. The current drought in the Horn of Africa (Ethiopia, Somalia, Djibouti and Eritrea) has led millions of people to move from the stricken areas in search of food. In Egypt, extreme heat during the summer and extreme cold in the winter have hurt the Nile delta’s agricultural output, which is the main source of such production for the North African nation. In Europe, record-breaking heatwaves in the UK, France, Italy, Spain and Germany did severe damage to summer crops such as maize, sunflower and soybeans.

Even China, the largest food producer but also the largest food importer to feed its 1.4bn people, experienced extreme heat and a month-long drought during the rainy season in the south, threatening domestic autumn crops.

Agriculture in the eye of the storm: The agricultural sector often faces long-lasting consequences of disasters such as deterioration in animal health, contamination of water facilities, loss of harvests, outbreaks of disease and destruction of irrigation systems and other infrastructure. According to the UN’s Food and Agriculture Organization (FAO), 63% of the damage and loss from disasters occurring between 2008-2018 was felt by the agriculture sector, relative to industry, commerce and tourism.

Countries where agriculture represents a significant share of the overall GDP are likely to be the most vulnerable through lower-than-expected production. Between 2008 and 2018, disaster-related losses recorded in crop and livestock production amounted to $280bn. In the poorest countries, which accounted for almost half total losses, lost production translated to 7 trillion kilocalories per year – the annual intake of 7 million adults. 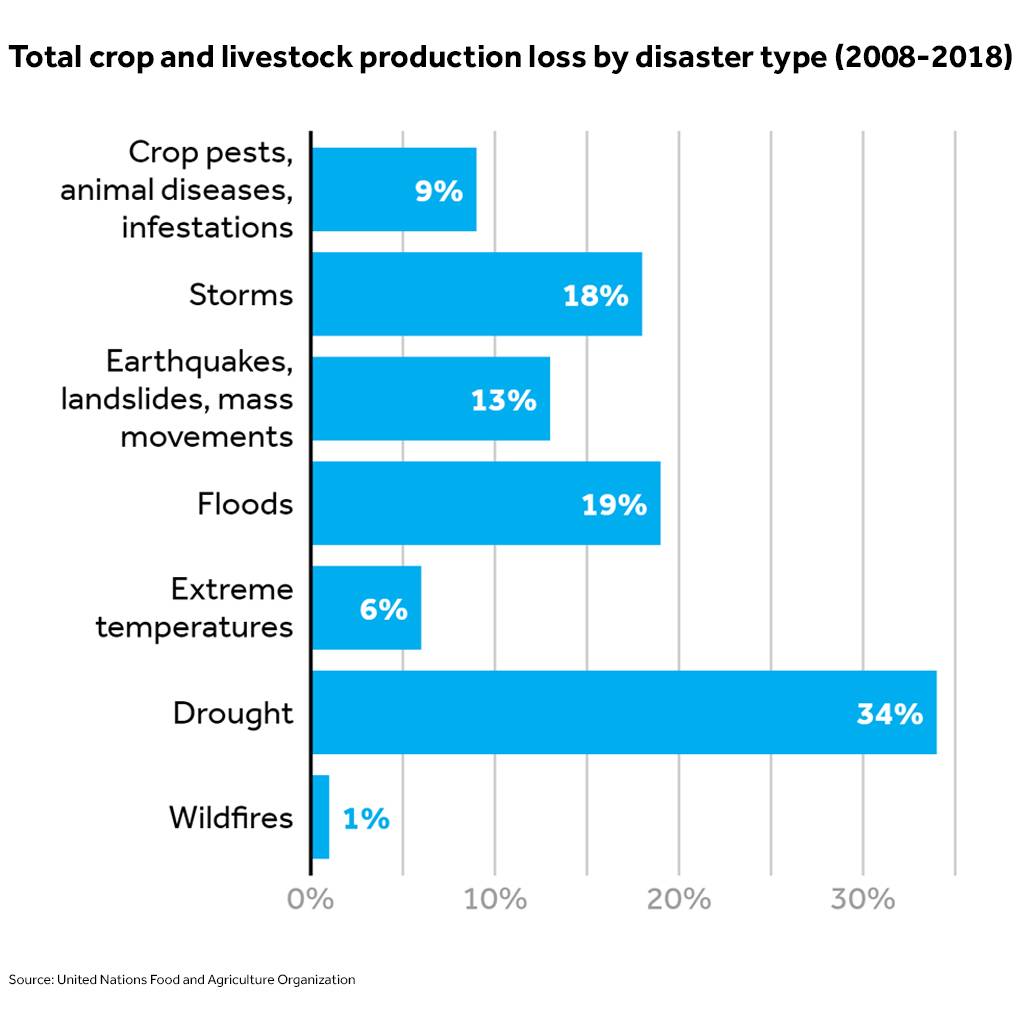 Labour shortages: In addition to rising fuel prices, another rising input cost for farmers has been labour. Since the pandemic, labour shortages in many parts of the world have been driven by changes to immigration laws, restrictions on seasonal work visas and a declining interest in agricultural employment. In Ukraine, the war has displaced farm workers, leading to uncertainty over harvests. In certain countries, including the UK, ongoing labour shortages, driven by an increasing number of people becoming economically inactive or foreign workers returning to their home countries during the COVID-19 pandemic, have led to unharvested crops spoiling, leading to even higher food prices and more food imports.

Ageing populations in Asia and Western Europe are also contributing to shortages as it becomes increasingly difficult to replace retiring agricultural workers.

Fertiliser affordability impacts crop yields: The availability and rising cost of synthetic fertilisers are also contributing to food shortages. Fertiliser prices were already rising before 2022, driven by supply disruptions and export restrictions. Fertiliser prices have been amplified by the war in Ukraine, driven by the price of natural gas – a key ingredient in fertiliser manufacturing.

Fertilisers account for about 35% of a farmer’s operating costs for corn and wheat, according to the US Department of Agriculture. Many are likely to offset the price rises by using less fertiliser which could lower production volumes, reducing crop yield. 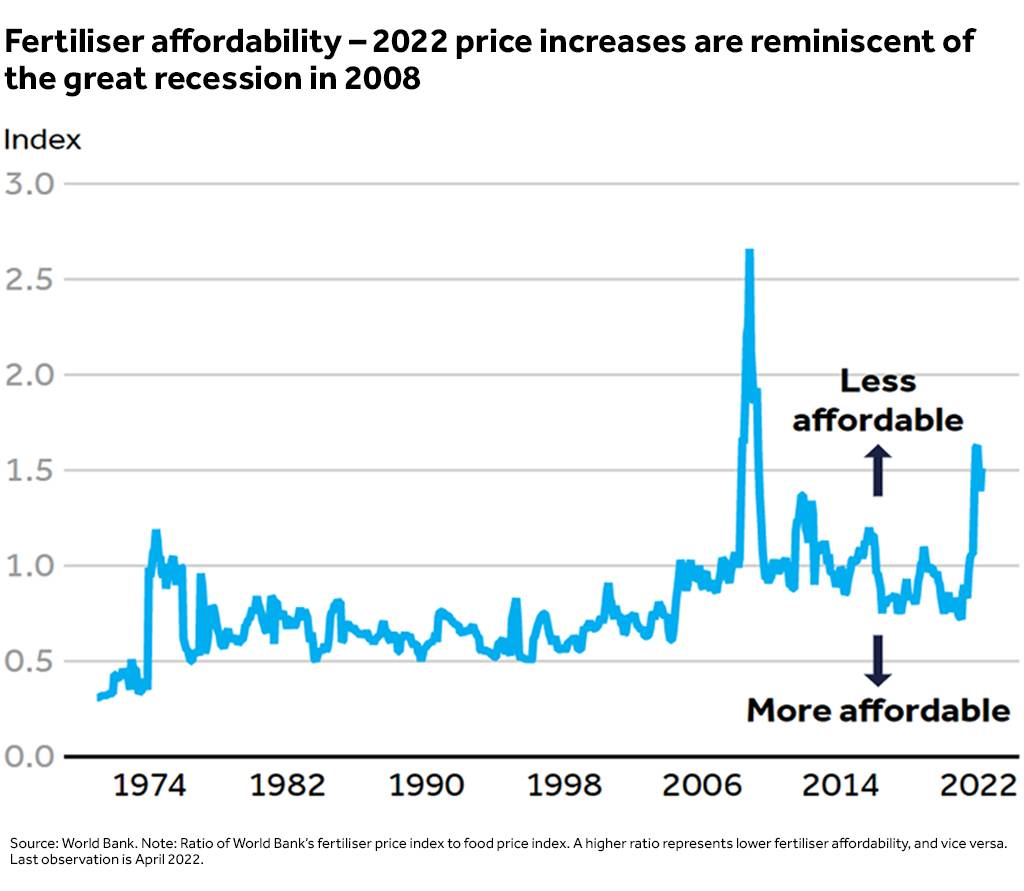 A change of direction?

The current food crisis is probably the worst in a decade. With the consequences of climate change coinciding with trade restrictions and conflict, years of progress in the battle against hunger and poverty are being rapidly reversed.

Many countries are responding with policies that amount to food protectionism, which on a global level will only lead to further food insecurity as richer countries outcompete poorer ones in the race for scarce resources. Our analysts believe there is an urgent need to make structural changes to global food systems, rooted in both sustainable food and agricultural practices and adequate planning. 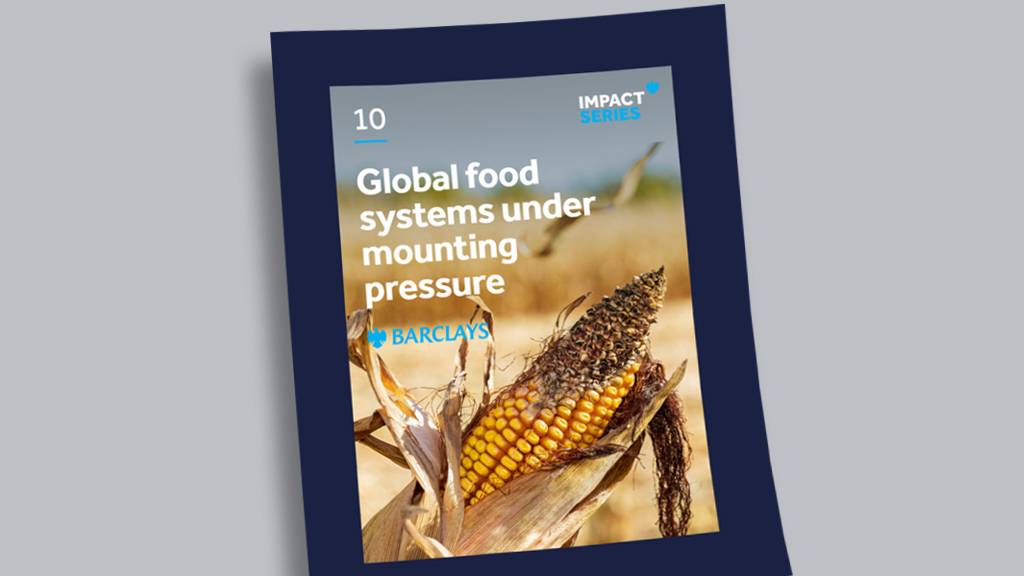 Download the 10th installment of our Impact Series (PDF, 4.5MB) 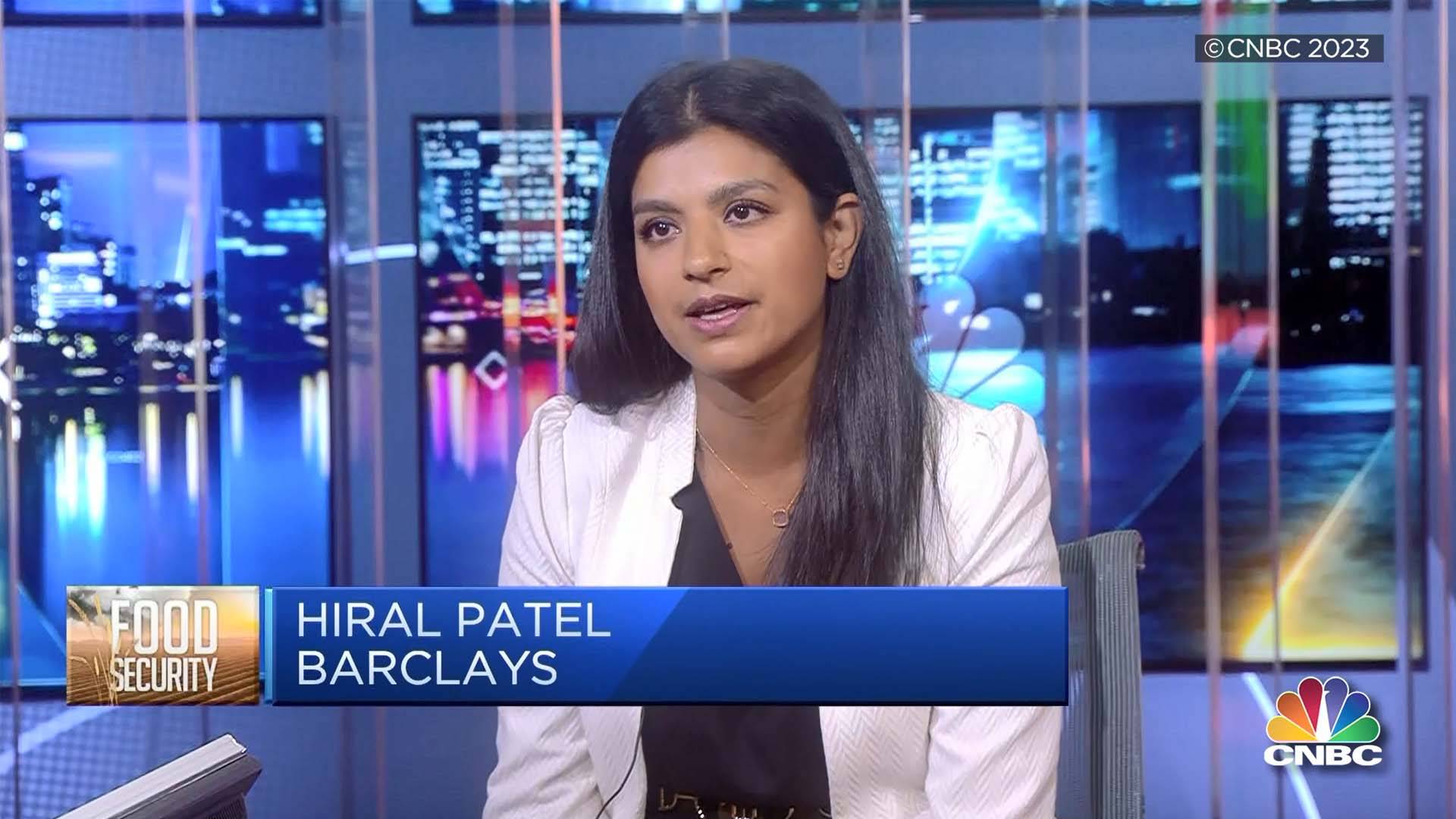