Navigating the virus economy: Is inflation or deflation ahead?

Episode 24: Navigating the virus economy: Is inflation or deflation ahead?

The pandemic has caused simultaneous shocks to both demand and supply in developed market economies. Lockdowns have forced consumers to stay indoors and have suppressed commercial activity, creating a shock to demand, while manufacturing and production also have slowed, creating a supply shock. The uncertainty about the size of each shock and how prices will be affected has led to contradictory expectations among economists.

On the latest episode of The Flip Side podcast, recent episodes of which highlight the effect of COVID-19 on businesses and markets, Barclays Head of Research Jeff Meli and Head of FX & EM Macro Strategy Marvin Barth debate whether to expect inflation or deflation in the recovery period after lockdowns are lifted. 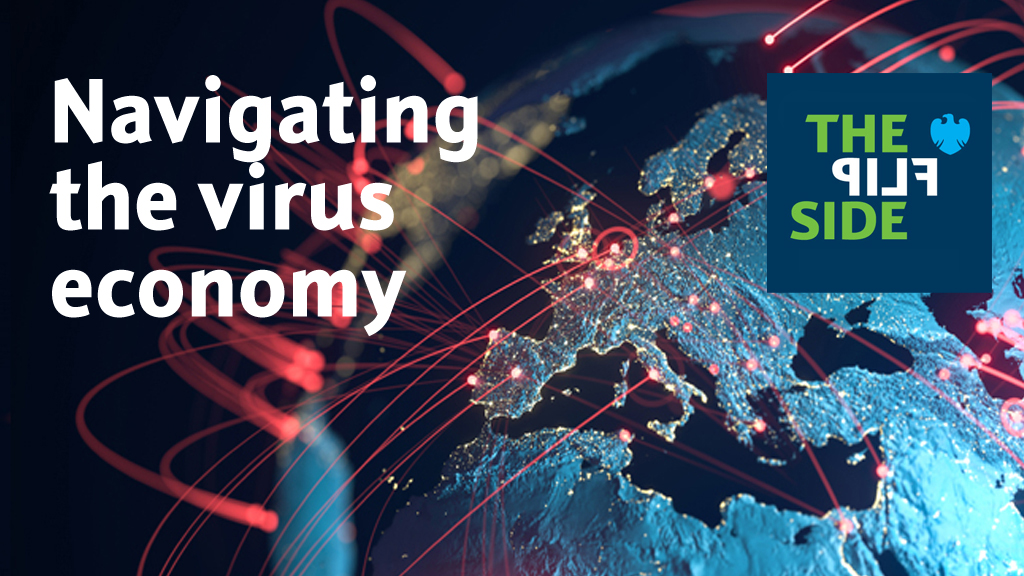 Jeff Meli and Christian Keller debate about how long it may take for government interventions to be effective in restarting the global economic engine.

Marvin Barth is Head of FX & EM Macro Strategy at Barclays, leading the firm’s global FX research product from London. Prior to joining Barclays in January 2014, Marvin spent five years as a strategist and as a portfolio manager in the US for Covariance Capital Management and Tennenbaum Capital Partners, spanning multiple liquid and illiquid assets. Marvin holds a PhD and MA in Economics from the University of California, San Diego, and a BA in Economics from the University of California, Berkeley.