Should the US government play such an outsized role in housing finance?

Episode 29: Should the US government play such an outsized role in housing finance?

The United States is like no other developed country when it comes to government intervention in housing finance.

Implicit and explicit subsidies, regulations and tax breaks comprise the complex housing finance system at work in the US today, with government-sponsored enterprises (GSEs) Fannie Mae and Freddie Mac playing a central role. After being placed under conservatorship by the federal government in 2008, the debate about mission of the GSEs continues, as well as whether they should be private, public or exist at all.

In this episode of the Flip Side, Barclays Head of Research Jeff Meli is joined by Dr. Deborah Lucas, Sloan Distinguished Professor of Finance at the MIT Sloan School of Management and Director of the MIT Golub Center for Finance and Policy, to discuss what role, if any, the GSEs should play in the future of the US housing finance market.

For more information on this topic, download a copy of our eighth Impact Series report: 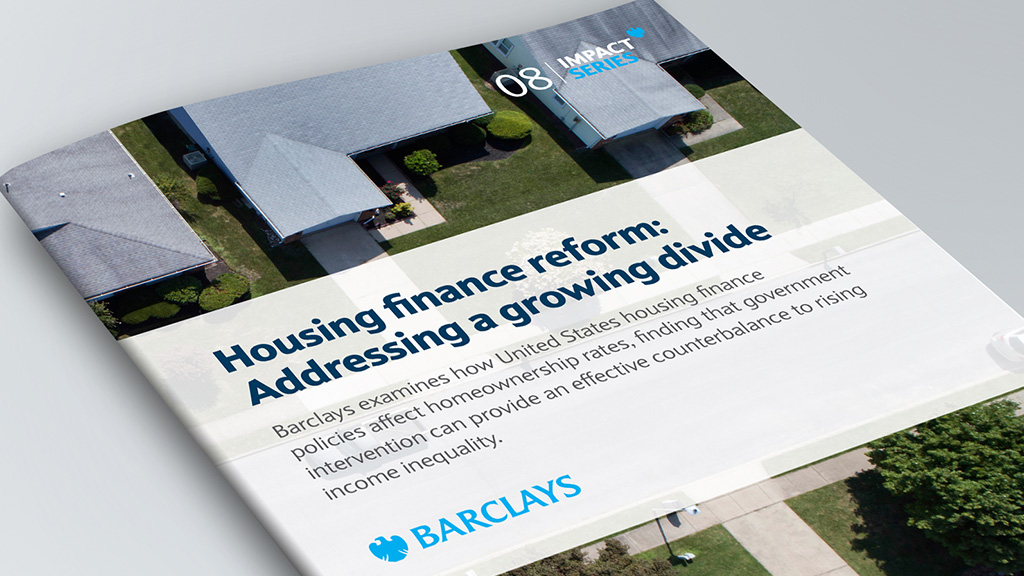 The US government’s outsized role in housing finance yields comparable homeownership rates to developed economies. As income inequality rises, what should the government's role be?

Deborah Lucas is the Sloan Distinguished Professor of Finance at the MIT Sloan School of Management and Director of the MIT Golub Center for Finance and Policy. Her current research focuses on developing and applying financial economics to evaluate the costs and risks of governments’ financial activities. She is also widely published in the fields of asset pricing and corporate finance. Deborah received her BA, MA, and a PhD in economics from the University of Chicago.